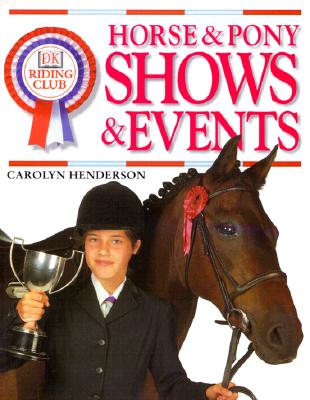 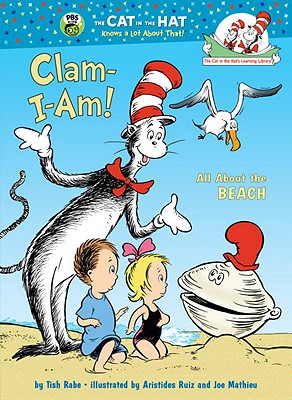 Clam-I-Am!: All About the Beach (Cat in the Hat's Learning Library)

Norval the Fish is hosting a seaside talkshow for the Fish Channel-and the Cat in the Hat and Thing One and Thing Two are Cameracat and Crew Among Norval's special guests are his old friend Clam-I-Am (a shy gal who lives in the sand and likes to spit), along with horseshoe and hermit crabs, jellyfish, sand fleas, starfish, seagulls, and miscellaneous mollusks. Seaweed, seaglass, tides, tidal pools, dunes, driftwood, and waves make cameo appearances, too. Warning: Beginning readers are apt to be swept away
View More...

Soft and Smooth, Rough and Bumpy [Scholastic]: A Book about Touch (Amazing Body: The Five Senses)

Our bodies do all kinds of amazing things Children will learn about their bodies in these colorful and exciting books.
View More... 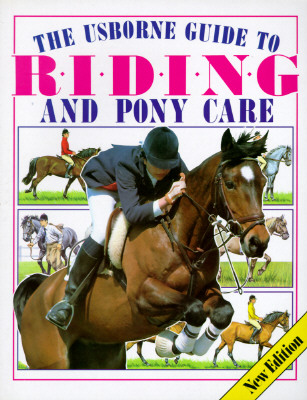 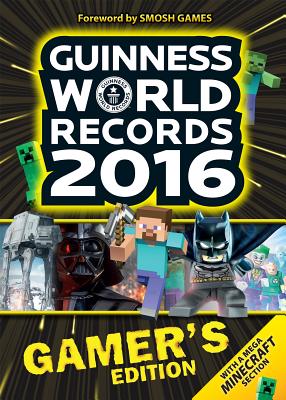 The bestselling video games annual is back Bursting with mind-blowing records and tantalizing trivia, the "Guinness World Records 2016: Gamer's Edition" is a must-have for any gaming fan. Whether you're all about the latest first-person shooter, an app aficionado, an MMO master, or a die-hard retro gamer, you'll find show-stopping records, top 10 roundups, quick-fire facts and stats, and hundreds of amazing new images from all your favorite games. What's more, brand new for this year's book is a dedicated section just for "Minecraft" fans, with a mega-showcase of the greatest construction ...
View More... 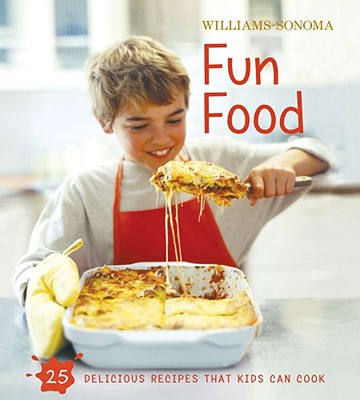 Crafts to Make in the Winter (Crafts for All Seasons)

A Roman Town (See Inside) 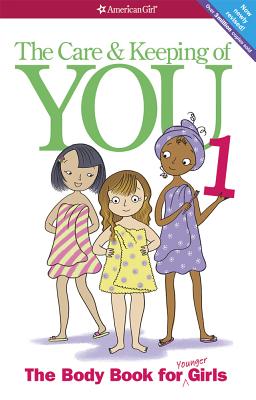 The Care and Keeping of You: The Body Book for Younger Girls, Revised Edition (American Girl Library)

Our best-selling body book for girls just got even better With all-new illustrations and updated content for girls ages 8 and up, it features tips, how-tos, and facts from the experts. (Medical consultant: Cara Natterson, MD.) You'll find answers to questions about your changing body, from hair care to healthy eating, bad breath to bras, periods to pimples, and everything in between. Once you feel comfortable with what's happening, you'll be ready to move on to the The Care & Keeping of You 2
View More... 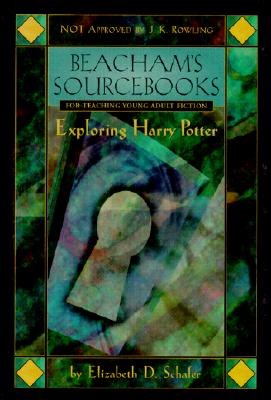 If you are reading, teaching, or patenting Harry Potter fans, this indispensable guidebook takes you behind the Potter legend, into the life of its author J. K. Rowling, and gives young readers many more hours of enjoyment beyond reading the novels themselves.Explore the origins and mysteries of Harry's world, its history, science, magic, mythology, setting, characters, themes, food and sports.The sourcebook includes projects and activities for young readers, questions that generate lively discussions between parents and children, websites for internet research by young surfers, lesson plans f...
View More... 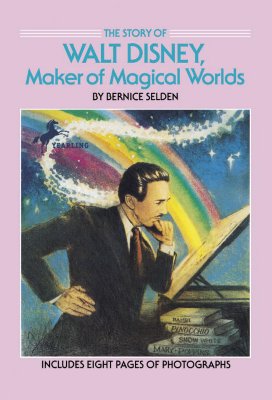 When Walt Disney was a child, he loved to draw. It's no wonder he grew up to create such memorable and loveable characters as Mickey Mouse and Donald Duck.
Walt Disney spent a lifetime entertaining and delighting millions of children and adults alike--on film, on television, and in his magical kingdoms of Disneyland and Disney world. This is his story.
View More...

The Native peoples of the Northwest Coast were blessed with a mild climate, waters teeming with fish, and abundant vegetation, including giant cedars, among the world' s tallest and most versatile of trees. With only small handmade tools, these peoples managed to fell the massive trees, transport them back to their villages, build spectacular wooden dwellings, and embellish them with art admired the world over.
View More... 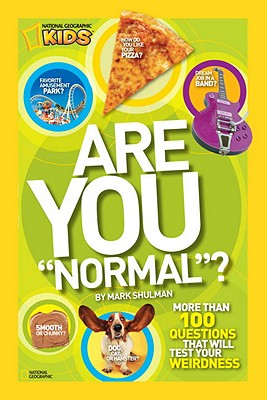 Are You 'Normal'?: More Than 100 Questions That Will Test Your Weirdness (National Geographic Kids)

Can you rub your belly and pat your head? Do you like pepperoni on your pizza? Are you normal? In the spirit of National Geographic Kids popular Weird But True series, the author has pulled out all the stops breaking down the facts on our silliest secrets. Did you know about twenty percent of 10-year-old kids probably still suck their thumbs and about two thirds can roll their tongues? This engaging book, full of colorful and witty illustrations, delivers a light-hearted approach to our most silly and sensitive traits. Perfect for tweens grappling with the transition into their t...
View More... 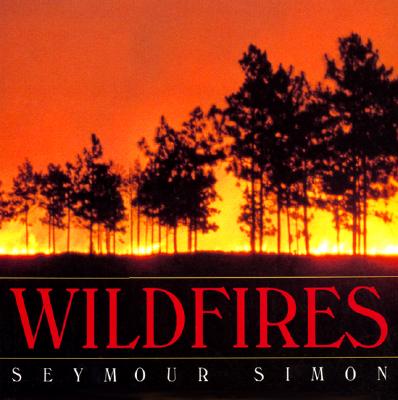 "Exploring the place of fire in nature, Simon explains that...forest fires have important functions in the ecosystem. With a brilliantly clear and colorful photograph facing each page of text, the book describes the causes and the progression of the wildfires that burned areas of Yellowstone National Park in 1988, explains how the fires were beneficial in many ways, and shows the regeneration of the forests. Lucid writing and excellent book design contribute to the overall effectiveness ofthe book.--Booklist.
View More... 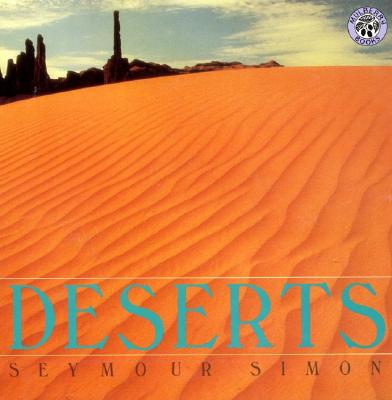 Deserts are alive with mystery and wonder. From Africa to Australia to the Americas, learn the secrets of this harsh yet awe-inspiring environment. Visit sand dunes that stretch for miles in the Sahara, or the cactus forests of the Sonoran desert. With large, striking photos that perfectly illustrate the lonesome beauty of deserts around the world, this is a grand introduction to some of the most fascinating landscapes on earth.
View More... 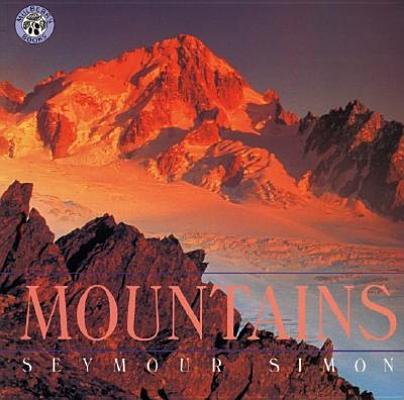 Join award-winning science writer Seymour Simon as he explores some of the world's largest marvels: mountains

From the snowy Alps to the Appalachians' worn peaks, mountains are a dramatic reminder of the ages past and ages to come. People have lived on and around mountains for thousands of years, yet it is only recently that we have been able to understand how these natural monuments were formed. Now, anyone can explore these ancient and colossal natural wonders.

With clear, simple text and stunning full-color photographs, readers will learn all about these am...
View More... 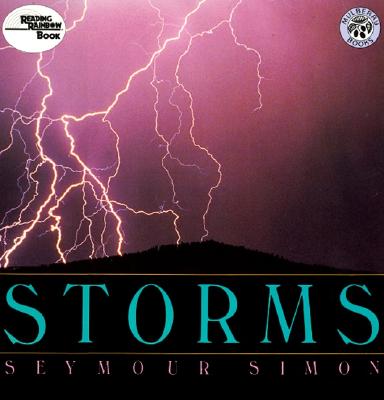 Sixteen million storms occur every year, all around the world. Some drop more than 125 million gallons of water in just twenty minutes. Others give off more electrical energy than a city uses in a week.

With clear, simple text and stunning full-color photographs, readers will learn all about the fascinating phenomenon that is a storm in this informative picture book

Earth: Our Planet in Space 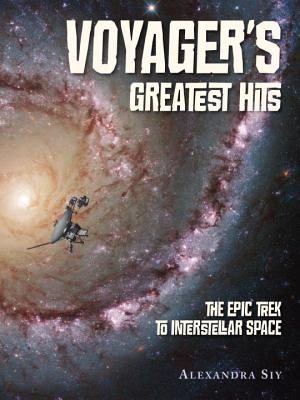 2017 marks the 40th anniversary of the Voyager mission as the twin space probes that traveled to Jupiter, Saturn, Uranus, and Neptune, now journey beyond our solar system into interstellar space, where no probe has ventured before. Learn the fascinating story of the scientists, how the Voyager probes work, where the probes have been and what they've seen, and what they carry on board--including the Golden Record, a recording of sounds and images about life on Earth. Critically acclaimed science writer Alexandra Siy chronicles the ongoing saga of the Voyagers in a lively s...
View More...