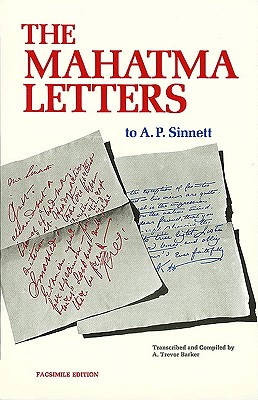 The Mahatma Letters to A. P. Sinnett (Facsimile of 1926 2nd edition)

Collects letters that were preserved in the British Library, and were written between 1880 and 1884 to Alfred P Sinnett, editor of a leading Anglo-Indian newspaper, The Pioneer. His correspondents were two Mahatmas whom H P Blavatsky has acknowledged as her teachers and the inspirers of her Isis Unveiled and The Secret Doctrine.
View More...