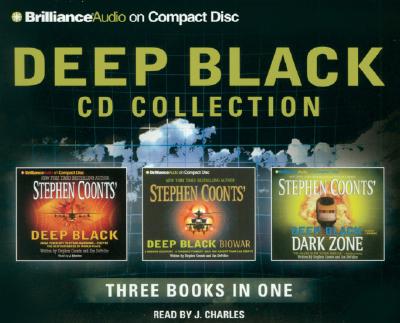 A spy plane gathering data on a new Russian weapon is blown out of the sky by a mysterious MiG. Is it an accident or the start of the next world war? One U.S. agency has what it takes to find out--the National Security Agency and its covert operations team: DEEP BLACK. Ex-Marine sniper Charlie Dean is dispatched to Russia, hooking up with former Delta Force trooper Lia DeFrancesca to find out what happened to the plane.

Dr. James Kegan, a world-renowned scientist specializing in germ warfare, has vanished from his upstate New York home. With time running out NSA operative Charlie Dean and Delta Force trooper Lia Francesca must find Kegan, uncover his secrets, cut a terrorist threat to the quick, and stop the unimaginable outbreak of a new biological nightmare.

In a secluded headquarters on the other side of the globe, a terrorist mission is underway--a plan to set off an underwater explosion so great, and with such hellish force, that it could shift the very foundation of the earth's surface, causing untold calamity and world-wide disaster. When Charlie Dean's suspicions of a traitor in his shadow become frighteningly true, Dean's race against time could mean the end of the free world.