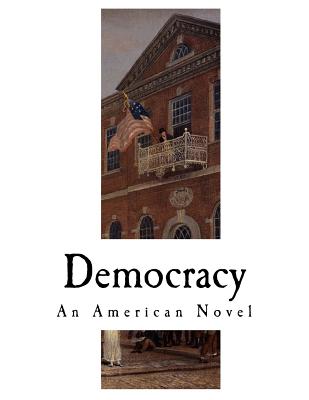 Democracy: An American Novel is a political novel written by Henry Brooks Adams and published anonymously in 1880. Only after the writer's death in 1918 did his publisher reveal Adams's authorship although, upon publication, the novel had immediately become popular. Contemporaneous conjecture placed the book under the joint authorship of Clarence King, John Hay and Henry Adams and their spouses who lived side by side on H street in Washington, D.C. and were collectively sometimes called "the Five of Hearts."

First published anonymously, March 1880, and soon in various unauthorized editions. It wasn't until the 1925 edition that Adams was listed as author. Henry Adams remarked (ironically as usual), "The wholesale piracy of Democracy was the single real triumph of my life."--it was very popular, as readers tried to guess who the author was and who the characters really were. Chapters XII and XIII were originally misnumbered.