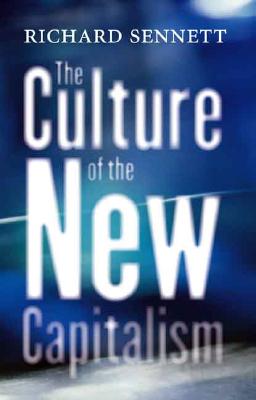 The Culture of the New Capitalism

The distinguished sociologist Richard Sennett surveys major differences between earlier forms of industrial capitalism and the more global, more febrile, ever more mutable version of capitalism that is taking its place. He shows how these changes affect everyday lifehow the work ethic is changing; how new beliefs about merit and talent displace old values of craftsmanship and achievement; how what Sennett calls the specter of uselessness haunts professionals as well as manual workers; how the boundary between consumption and politics is dissolving.

In recent years, reformers of both private and public institutions have preached that flexible, global corporations provide a model of freedom for individuals, unlike the experience of fixed and static bureaucracies Max Weber once called an iron cage. Sennett argues that, in banishing old ills, the new-economy model has created new social and emotional traumas. Only a certain kind of human being can prosper in unstable, fragmentary institutions: the culture of the new capitalism demands an ideal self oriented to the short term, focused on potential ability rather than accomplishment, willing to discount or abandon past experience. In a concluding section, Sennett examines a more durable form of self hood, and what practical initiatives could counter the pernicious effects of reform. "

Title: The Culture of the New Capitalism

The Culture of the New Capitalism