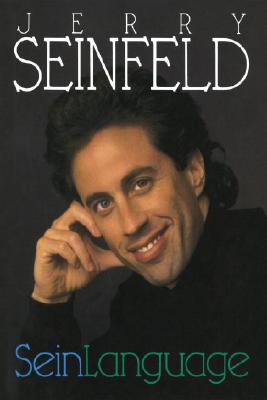 "Seinfeld." For more than 33 million viewers, the Emmy Award-winning television show has become a Thursday night ritual. Even though the show has ended, Jerry Seinfeld's distinct brand of humor can still be yours.
In his #1 "New York Times" bestselling book, "SeinLanguage, " Jerry Seinfeld has captured on the page his views on topics ranging from Raisinettes to relationships, from childhood to cop shows, and from parents to power suits. This must-have book for all fans--and who isn't a fan?--remains available in both paperback and hardcover.