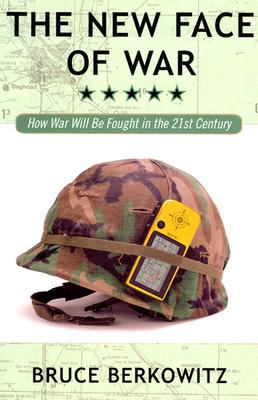 The New Face of War: How War Will Be Fought in the 21st Century

A military insider and top-level defence strategist presents a chilling picture of warfare in the Information Age: who, what and where the threats are coming from and what we can do to protect ourselves. When George W. Bush learned of the attack on the World Trade Centre, he turned to his aides and said 'you're seeing the face of war in the twenty-first century'. In THE NEW FACE OF WAR, former CIA analyst and senior defence consultant at RAND, Bruce Berkowitz paints a sobering picture of warfare in the information age. From the amorphous 'front lines' of this war, Berkowitz defines and identifies the new enemies. Citing examples from Kosovo, Afghanistan and the war on terrorism, he explains the development of these fighting networks - semi-autonomous cells of fighters armed with potent weapons and linked together by flexible, secure communications systems that can span the entire globe. While dissecting the essential features of this new cyberwar, were combatants use stealth to deploy weapons of mass destruction, Berkowitz argues that we must build crucial links between the government and the private sector, which controls most information systems and the worldwide flow of digital

Title: The New Face of War: How War Will Be Fought in the 21st Century

The New Face of War: How War Will Be Fought in the 21st Century