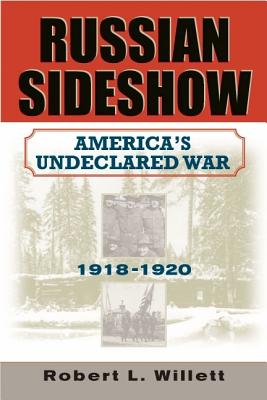 In July 1918, as the carnage of World War I continued, President Woodrow Wilson deployed U.S. troops to join other Allied forces in civil war-ravaged Russia. Ostensibly a mission to guard tsarist military supplies and the Trans-Siberian Railroad, the true purpose of the Allied intervention was to help topple the nascent Bolshevik government. Dispatched to some of the most remote regions of the Russian wilderness - from the frigid port city of Archangel to Lake Baikal to Vladivostok - the U.S. troops encountered fierce resistance from Red army units, partisans, and peasants. Using previously classified official records and the letters and diaries of Americans who served there, Robert L. Willett describes the suffering of the hundreds of American soldiers who fought and died in subzero conditions, both in combat and from disease. Expertly researched and provocatively written, this book is the first to describe in detail the experiences of the American doughboys who fought in this little-known campaign - a tragically misguided military action that established a legacy of distrust that defined U.S.-Soviet relations for the next seven decades.