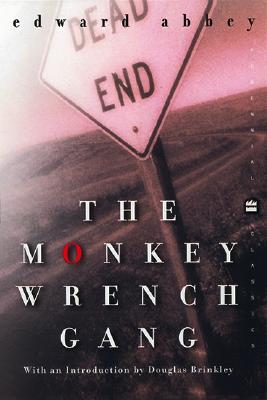 Edward Abbey called The Monkey Wrench Gang a "comic extravaganza," which it is, although one with a clear, serious message: to protect the American wilderness from the forces of commercial enterprise. The story centers on George Hayduke, an ex-Green Beret and Vietnam vet, who returns to the Southwestern desert after the war to find his beloved canyons and rivers threatened by industrial development. On a whitewater rafting trip down the Colorado River, Hayduke joins forces with three others who share his indignation and want to do something about it: feminist saboteur and Bronx exile Bonnie Abzug, wilderness guide and outcast Mormon Seldom Seen Smith, and libertarian billboard torcher Doc Sarvis, M.D. Together they venture off to become eco-raiders, waging war on the strip miners, clear-cutters, and the highway, dam, and bridge builders who are turning their natural habitat into a wasteland. The misadventures of this motley group make for an uproarious blend of chaos, conflict, and comedy.