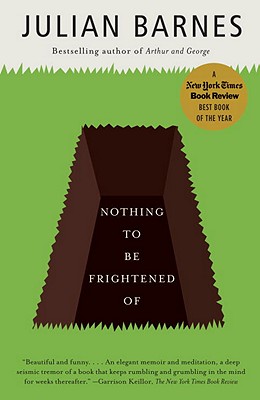 Nothing to Be Frightened Of

A memoir on mortality as only Julian Barnes can write it, one that touches on faith and science and family as well as a rich array of exemplary figures who over the centuries have confronted the same questions he now poses about the most basic fact of life: its inevitable extinction. If the fear of death is "the most rational thing in the world," how does one contend with it? An atheist at twenty and an agnostic at sixty, Barnes looks into the various arguments for, against, and with God, and at his own bloodline, which has become, following his parents' death, another realm of mystery. Deadly serious, masterfully playful, and surprisingly hilarious, Nothing to Be Frightened Of is a riveting display of how this supremely gifted writer goes about his business and a highly personal tour of the human condition and what might follow the final diagnosis.

Title: Nothing to Be Frightened Of

Nothing to Be Frightened Of