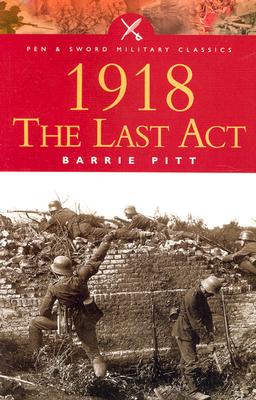 By 1918, after three years of war, Europe was weary of the stalemate and the terrible slaughter on the Western Front. The Russian Front had collapsed but the United States had abandoned her neutral stance and joined the Allies. So the stage was set for what would be the last year of the Great War.

Acclaimed historian Barrie Pitt describes the savage battles that raged unceasingly along the Western Front, and analyses the policies of the warring powers and studies the men who led them. From the German onslaught of 21st March 1918 - the Kaiser's Battle designed to force a resolution before America's armies could tip the balance - through the struggles in Champagne and the Second Battle of the Marne to the turning point in August and final victory, the author gathers together scattered material to make an enthralling book.