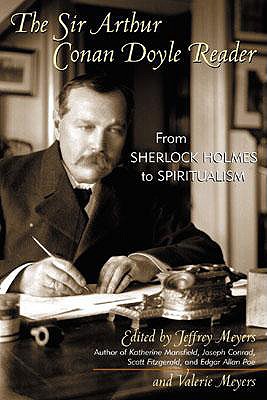 Best known as the creator of the consulting detective par excellence Sherlock Holmes, Sir Arthur Conan Doyle (1859-1930) was a man of wide-ranging interests and talents, and his literary output went far beyond his Holmes and Watson stories. The Sir Arthur Conan Doyle Reader collects works from all the genres in which he wrote, including mysteries, historical adventure tales, science fiction stories, ghost stories, plays, memoirs, essays on spiritualism (in which he was a dedicated believer) and reports on the Boer War and World War I. This collection features the account of Watson's first meeting with Holmes from A Study in Scarlet, an account of the dinosaurs inhabiting The Lost World, tales of Doyle's Napoleonic hero Brigadier Gerard, a condemnation of Belgium's exploitation of the Congo, and the complete text of his apocalyptic book The Poison Belt, in addition to several other stories and excerpts.